Sixteen U.S. troops are visiting Huntsville as part of the annual Semper Fi Heroes week. The eight-day event honors the veterans and their spouses by hosting them in events in and around Huntsville.

They arrived on Nov. 5. The veterans have experienced activities such as a yacht cruise on Lake Guntersville and all-expense paid restaurant dining.

Steve Mozian is the chairman of the Semper Fi community task force. He said the event came to be due to the experience of Vietnam veterans faced when returning home.

“We vowed long ago that we would never let another junction of veterans be treated the way we were treated when we came home from the war,” Mozian said. “So this is our way of doing that.”

The week also give veterans opportunities to exchange experiences and build relationships with one another. Mozian said the event gives organizers satisfaction from performing good deeds

“It’s also our way of giving a little bit of goodness back into our hearts too,” Mozian said. “I believe that those veterans that participate with us in putting on heroes week get as much or more out of it the guests themselves do.”

Mozian also said many veterans hosted during Semper Fi Heroes move to Huntsville due to the warm welcome they receive. According to Redstone Arsenal records, over 350,000 United States veterans live in Alabama. 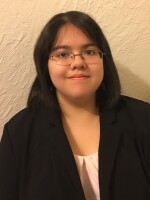