Alabama Public Radio has been on the air since 1982. We’re observing our fortieth anniversary with encore airings of some of our best coverage over the years. One example is this story from 2015. The Alabama Crimson Tide was gearing up to play Clemson for the college football championship. Former APR reporter MacKenzie Bates headed to city of Pelham, where loyalties were divided leading up that year’s title game

It’s a busy time of day on Pelham Parkway.  The town is buzzing for tonight’s game between Alabama and Clemson for the College Football title

Football is nothing short of a religion in this state.  But this year is tougher for fans in Pelham. The Crimson Tide may be the hometown team—but the Clemson Tigers are coached by Pelham’s local boy made good-- Dabo Swinney.

That’s Ricky Hayes, who’s known Swinney his entire life.  The two played sports together growing up.  He’s not surprised of the success he’s brought to the Tiger program because of his upbringing in Pelham.

“He’s never lost that,” Hayes says.  “His group of friends and family here, they’ve seen him as part of their group through everything he’s done at Clemson.  It’s hasn’t changed who he is.”

“You’re looking at a guy who grew up in the state of Alabama and my dream was to play there,” Swinney says.

Swinney graduated from Pelham High School and was a walk on Wide Receiver at Alabama.

“The fake give, Hollingsworth rolls left, fires left complete to Swinney he’ll dance down the left sideline to the corner… out of bounds at the one!”

Swinney would eventually earn a scholarship and played a role in the Crimson Tide winning the 1992 National Championship.  Fast forward 23 years later and he becomes the first coach since the BCS was invented to coach against his alma mater on college football’s biggest stage.

“They’ve got a family of trophies in Tuscaloosa.”

15 to be exact.  Clemson has just one, and that National title dates back to 1981.  If Swinney has his way, he says he’ll bring a second one to the South Carolina College town, even if it’s at Alabama’s expense…

“This is the way it ought to be,” Swinney says.  “If you're going to play for a championship and you have the opportunity to play against the team that has been kind of the standard, you know, I think that we're excited about that.”

But how do the folks in Pelham feel about that?

“I’ve got a lot of friends in Alabama and got a few of them are conflicted,” Swinney says.  “I’ve kind of found out where I stand with some of them.”

At Bernetti’s Diner, there are pictures of Alabama football players on the wall, and the owners have been known to wear Crimson Tide aprons. So, Woody Quinn tends to stand out in a crowd.

“I just have been a Clemson fan,” Quinn says.  “My father and mother’s brother played ball up there.  Got one inducted in the Hall of Fame.  Just been a fan all of my life.  I grew up going to a lot of Clemson games but I’m hoping Clemson is going to win.”

“I couldn’t be more proud of Dabo,” Bailey says.  “It won’t break my heart if Dabo pulls it out and wins it for Clemson.  At the end of the day, I’ll still be pulling for Alabama.”

That seems to be the consensus in Pelham.  They love the Crimson Tide but the feeling is mutual for Swinney.

“I will be pulling for Dabo.”

Ricky Hayes weighs in on who he will be cheering for.

“I won’t pull against Alabama in this game,” Hayes says.  “Never could.  It’s not just in me.  But I will be pulling for Dabo by all means.”

At Pelham High Schools, students are sporting their University of Alabama shirts and hats. The occasional splashes of purple and orange shirts are a direct result of Dabo Swinney’s success at Clemson.

“He’s out there making a name himself from at Clemson.”

“That all started here,” Causey says.  “We want our guys at our school to know exactly where he’s from.  We’ve had some great graduates from here.  We can’t lose.  We’re going to be represented extremely well either way.”

Even Crimson Tide Coach Nick Saban praise for Swinney. He’s known his opponent since he took over the Tide in 2007.  But, Saban’s politeness only goes so far…

“He’s the coach of another team now and I’m sure he feels the same way about his players and his program and the pride that they have and the kind of performance that they want to have in this game as we do here in ours,” Saban says.  “It really doesn’t matter about the rest of it.”

But in Pelham, it does matter.  Fans will either be singing along to Tiger Rag or Yea, Alabama…either way, fans of both teams in the Central Alabama town will have plenty to cheer about later tonight. 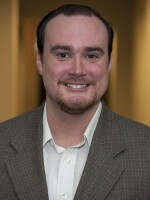 MacKenzie Bates
MacKenzie Bates served as APR's ATC host until 2016. He produced stories on Jesse owners and how Alabama was his home state, how Alabama may be just throwing money at it's ongoing prison issues, and how the state coped with the Zika virus.
See stories by MacKenzie Bates
News from Alabama Public Radio is a public service in association with the University of Alabama. We depend on your help to keep our programming on the air and online. Please consider supporting the news you rely on with a donation today. Every contribution, no matter the size, propels our vital coverage. Thank you.
Donate