Today is Veteran's Day, but each year there are fewer World War II veterans to honor. In 2022, only 167,284 of the 16 million Americans who served in World War II are still alive, reports the US Department of Veteran Affairs.

99-year-old Curtis Hass is still living in Mobile. He grew up on a farm in Sand Mountain, Alabama.

Drafted into the Army at age 18, Hass chose to serve in a medical battalion because he didn’t want to carry a gun. His first mission was the Battle of Normandy.

“I decided I wouldn't carry a gun," said Hass. “So, they sent me to Paris, Texas to learn how to be a paramedic and wrap elbows, fingers, and arms. The first month of the invasion of Normandy we had 2,700 tourniquets. There were eight of us.”

“We were at the tent when Patton came in,” said Hass. “He said, ‘Don't salute me.’ He also said, ‘I love every one of you.’ We had seven over there on the cot. He leaned over and hugged their necks.”

Hass became one of the first Americans to enter Germany when his medical unit was sent to the Battle of Aachen. That was the first city on German soil to be captured by the Allies.

After the war, Hass moved to Mobile and had a career selling advertising for the Mobile Press-Register and volunteering in community organizations. 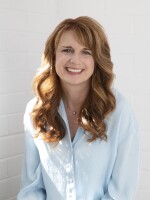