Holiday spending in Alabama is expected to go up

The holiday shopping season is officially underway. Spending in Alabama is projected to increase from last year’s record high by more than fifteen percent. This means almost eighteen billion dollars is expected be spent in November and December. Many shoppers have reported they believe their holiday shopping should start in October. This is to get shopping done and spread-out spending. Nancy Dennis works with the Alabama Retail Association. She also says that this year’s rates fit with the national pattern of increased spending.

Dennis encourages Alabamians to shop with local retailers to keep money in communities. Many shoppers have reported they typically start holiday shopping in October. Alabamians start She says that spending has been gradually in the last decade…

“Nearly 18 billion dollars will be spent in Alabama in November and December, and that’s all-tax sales and that includes sales from all remote sellers,” she said.

The National Retail Federation is estimating that holiday sales will increase by six to eight percent over last year nationally. If true, spending $960 billion dollars. 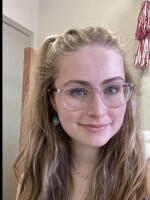