The question of how to reduce the pollution that causes global warming is now a hot topic since new carbon limits were announced by the EPA earlier this month.  Those proposed rules aim to reduce national carbon emissions from existing power plants 30 percent by the year 2030.  In Alabama, the goal is 27 percent.  The boom in natural gas could help, as could investments in renewable energy like wind and solar.  Another method is what’s called “carbon capture.”  Dr. Jason Bara is a university of Alabama assistant professor studying chemical solvents to be used in carbon capture.  He says the idea is to use the technology on a coal or natural gas-fired plant.

Jason Bara: “and on the back end of it, after the scrubber, the bag house, all the other existing pollution controls, putting in a system by which CO2 is removed from the flue gas, as it’s called.  So that way the power plant is really just returning nitrogen, oxygen, and water vapor back to the atmosphere.”

Bara says one way to make the process profitable is to sell back the CO2 to oil companies that can use it to make inactive wells usable again.  That would make carbon capture less effective in combating climate change but would help in producing more domestic energy.  Regardless, companies like Alabama Power are looking into the technology.

Bara: “I know very well they’ve got a project down in Mobile with a Japanese company, and that’s one of the biggest pilot plants for CO2 capture in the entire world.  We also have the United States Department of Energy National Carbon Capture Center in Wilsonville, just south of Birmingham.  This is actually one of the leading regions or states in the entire world when it comes to carbon capture and research.”

A growing body of evidence indicates global warming isn’t just a problem for future generations.  Its impacts are already being felt.  That’s the finding of the most recent National Climate Assessment, one of the most exhaustive national reports to date.  It came recently after a report from the United Nations warning of the dire impacts of climate change.  Most experts agree there isn’t one solution.  Bara says carbon capture could provide benefits in the short term, but we also have to look at how we consume energy as part of our daily lives.

Bara: “Efficiency is a big part of things that we don’t ever talk about, right?  How much waste do we create just by being humans and not turning off light bulbs when we should?  So we can blame the oil and coal and whatever fuels we’re burning, but I think we also have to look at our own habits as well and just be less wasteful.”

The University of Alabama News has more on Dr. Bara's work.  Click the audio above to hear the full interview with Jason Bara. 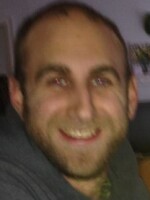