Bringing music back to Muscle Shoals: An APR Feature

The Muscle Shoals region of Alabama has been known as a mecca for the recording industry since the 1950’s. Music legends ranging from The Rolling Stones to Aretha Franklin created songs there that are considered the stuff of legend. That was then and this is now for the studios that are still looking for business these days.

If you want to know what it’s like to live in Muscle Shoals, ask Judy Hood.

“To some extent people are used to seeing people at Walmart who just won a Grammy so you kind of get a little bit immune to it," Hood said. “Generally we are respectful of people’s privacy and the fact that we want you to come here and be comfortable. It really is beautiful- it does marry economy and art and culture and music and that’s how you win."

Recording landmarks like Fame Studio and the Muscle Shoals Sound Studio have been hosting talent ranging from Percy Sledge to Paul Simon almost since the birth of rock and roll.

“We have world class recording and we have a legacy to prove it,” she said.

Hood says while many musicians are growing tired of the larger recording centers like Nashville, Muscle Shoals is there to provide an alternative.

Hood is referring to a new incentive program designed to generate new business for the Muscle Shoals recording industry. The city is prepared to pay for part of the cost of creating new music. The basic idea is to convince artists bound for places like Nashville that the Shoals is open for business.

“There’s a lot of exciting things going on right now. We are poised for success because stars are aligning," Hood said. "The music business, particularly with the support of our business community, but also, people are over Nashville. They are just done.”

Kevin Jackson is the Executive Director of the Shoals Economic Development Authority.

“Not to knock Nashville, Nashville is Nashville," he said, “but I think a lot of people that used to love the feel of Nashville can’t stand it now.”

Hood sees that as an opportunity:

“As for as the creative vibe, here we’ve got that in spades," she said. "We’ve got the Singing River here that will inspire you to create and we’ve got a quality of life and we’ve got cultural things to offer.”

Will McFarlane used to play with Bonnie Raitt among many others.

“I got some session calls and I said, 'I’m moving to Alabama,' and they were like, 'Are you kidding me?'" he said. "It’s just the best move I ever made.”

McFarlane now plays weekly gigs in Muscle Shoals and works as a session musician. If you want to know what makes the region click, McFarlane will tell you.

“It’s funny, having been here 42 years now, I’ve heard a lot of the old stories and I like to think just as a simple reality, it’s the people," he said. "They can say it’s in the water and there are some mystical things that do exist around here. There’s no question to me. They call it lightning in a bottle; it really is a vortex of some sort.”

Etta James and Bob Seger may have been the stars, but the so-called Muscle Shoals sound was created by workhorse musicians who played in the background.

Hood’s husband David was part of the Muscle Shoals backup band known as the Swampers. They were immortalized in the Lynyrd Skynyrd classic "Sweet Home Alabama" as well as in the documentary Muscle Shoals. One example of their sound can be found on The Staple Singers’ classic “I’ll Take You There.” And if you listen closely, you’ll hear a little tribute to the Swampers.

The Little David that Mavis Staples is referring to is David Hood, one of the most influential electric bass players of all time. Judy Hood said there is a legacy here that the incentive program is working to preserve.

“He and I want there to be records coming out of Muscle Shoals long after we’re gone,” she said.

There are a couple of requirements after the budget is submitted for the incentive program. The recording must take place in Colbert or Lauderdale County, the artist must compose at least two social media posts on two different platforms, and you must agree to a potential media release for the recording. Hood and Jackson say it’s a bargain.

“Hotel costs are cheaper, food is cheaper, we are going to reimburse you part of the budget that would pay for that," Hood said.

That’s the message The Shoals Music Makers Recording Incentive wants the music industry to hear. If following in the footsteps of music greats like Wilson Pickett and Arthur Alexander isn’t enough, then the incentive program may change the beat for modern day musicians looking to create new content. Hood says everybody benefits.

“That’s tax money back into our community, lodging taxes and that kind of thing so we see it as a win-win," she said. "What we’re hoping, and I think what it has already done, if people are kind of teetering on the brink [of], 'Do I want to do this in Nashville or the Shoals or Atlanta or wherever they were going to do it, or L.A.?' that that kind of helps to lean them in the right direction, because why wouldn’t you want to save 30 percent?”

If it works, it could be music to the ears of not only musicians looking to record a hit record but the musicians, producers, and business owners of this Alabama region long synonymous with American music. 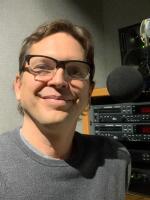