The Arson Dog category includes animals trained to sniff out accelerants that may have been used to start a fire.  Every year hundreds of lives (and billions of dollars in property) are lost as a result of fires that were set intentionally.  The dog works with a handler who is a law enforcement officer trained to investigate fire scenes.

Last week I highlighted two dogs that are among the eight finalists for this year’s Hero Dog Award, sponsored by the American Humane Association. “JJ Krawczyk” was nominated in the Service Dog Category, and “Xena the Warrior Puppy” represents the Emerging Hero Dog category.

K9 Kota, a German Shepherd from Virginia, is nominated in the Law Enforcement Dog category. He and his human partner were pursuing suspects in the attic of a house when the floor gave way under the dog. The officers heard him yelping while they were apprehending the suspects. When his partner turned to go down and check on him she saw him crawling back up the stairs to help them. He was taken to an emergency veterinarian and underwent four hours of surgery for multiple fractures in his right front leg, elbow and shoulder. He is undergoing physical therapy in hopes he can return to the job. His remarkable loyalty and devotion to his duty won him the Hero Dog nomination. His charity partner is K9s4COPS, an organization that works to make sure every law enforcement officer that needs a K-9 partner has one trained and ready to help stop criminals in the act. His Facebook page is “K9 Kota”.

Kai, a 6-year-old Labrador Retriever in San Antonio, Texas, is nominated in the Arson Dog Category. When she was about a year old, she was just another abandoned dog on the streets, where she was picked up and scheduled to be euthanized. But a perceptive shelter visitor recognized something special in her and called a trainer with the State Farm Arson Dog Program. Now, five years later, she is an accomplished accelerant detection dog, with more than two hundred arson investigations to her credit. When she’s off duty, she visits schools to educate kids about fire safety. Her charity partner is Project Paws Alive which provides lifesaving K9 equipment such as protective vests and oxygen masks for First Responder K-9s.

To learn more about the Hero Dog Awards and this year’s finalists, visit the website at HeroDogAwards.org. You can vote for the finalist you think should be America’s Hero Dog, because some heroes have four legs, when we’re speaking of pets. 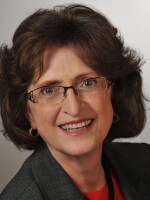 Mindy Norton
Mindy Norton has been “Speaking of Pets” on Alabama Public Radio since 1995.
See stories by Mindy Norton