A historical marker in the town of Brighton remembers a black coal miner who was lynched in 1908. The Equal Justice Initiative placed the marker near Brighton City Hall. The Montgomery based legal organization said the Brighton marker is the first in an effort to mark lynching sites in the South. William Miller was taken from his jail cell and lynched by a white mob after he lobbied for better wages for black coal miners. The group says the nation must confront the truth about its past in order to heal.

The City of Montevallo could be a step closer to having an arts and entertainment district. The city council is scheduled to have a second reading of a proposal to create the district along Montevallo’s Main Street. If approved, then bar and restaurant patrons could carry alcoholic beverages outside as they browse local stores and art venues. Connie Patton is manager of the Eclipse Coffee shop on Main Street. She says she and other merchants would operate under certain limits when it comes to carry out beverages…

“They’re going to give us specialized cups, that the city will monitor those. And, they’ll give us those cups, and if someone wants to go down the street or go to artwalk, so something like that, then we can put their drink in that cup and they can walk out.”

Patton says the district could help local businesses as Montevallo work crews tear up Main Street to narrow the road and build sidewalks. Critics of the idea of an entertainment district complained that it would be too close a neighborhood high school.

Crimson Tide fans cheered all across the country Saturday night as junior running back Derrick Henry won the Heisman Trophy. He’s the second Alabama player in history to win college football’s highest individual award. Mark Ingram was the first back in 2009. Coach Nick Saban could not be happier for his star player…

“He’s been a great ambassador for the University of Alabama. He’s represented our team extremely well and all of the other players. And I know that all of our entire organization is really, really, happy, happy, happy for Derrick Henry tonight for winning the Heisman trophy.”

Despite Derrick Henry’s success in college football, his future in the NFL may be less certain. CBS Sports and Sports 24/7 are quoting current and former NFL scouts who think Henry may not be chosen until the fourth round. The reasons given are his size and the number of running backs drafted in recent years. Henry is expected to declare his intent to go pro after this month’s Cotton Bowl game against Michigan State, and the College football championship, if Alabama wins. 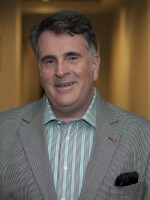 Pat Duggins
Pat Duggins is news director for Alabama Public Radio. If his name or voice is familiar, it could be his twenty five years covering the U.S. space program, including fourteen years on NPR. Pat’s NASA experience began with the explosion of Space Shuttle Challenger in 1986, and includes 103 missions. Many NPR listeners recall Pat’s commentary during Weekend Edition Saturday on February 1, 2003 when Shuttle Columbia broke apart and burned up during re-entry. His expertise was utilized during three hours of live and unscripted coverage with NPR’s Scott Simon. Pat later wrote two books about NASA, Final Countdown: NASA and the End of the Space Shuttle Program and Trailblazing Mars, both of which have been released as audio books. Pat has also lectured about the future of the space program at Harvard, and writes about international space efforts for "Modern Weekly" magazine in Shanghai, China.
See stories by Pat Duggins