Alabama Public Radio | By Will McLelland

Today is a confederate holiday in Alabama, but not everyone is celebrating.

Bernard Simelton is the president of the Alabama NAACP. He said the South has a unique relationship with its history.

“It’s a holiday that celebrates an attempt by those in American society to maintain slavery in the United States,” he said. 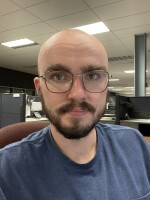 Will McLelland
Will McLelland is a news intern for Alabama Public Radio.
See stories by Will McLelland
Related Content
News from Alabama Public Radio is a public service in association with the University of Alabama. We depend on your help to keep our programming on the air and online. Please consider supporting the news you rely on with a donation today. Every contribution, no matter the size, propels our vital coverage. Thank you.
Donate