Alabama has its share of annual events. There’s the Boll Weevil festival in Enterprise. The town of Opp holds its rattlesnake rodeo every year. And visitors to Gulf Shores can take in the National Shrimp Festival. If fungus is your thing, you can add the Alabama Mushroom Festival to your list. APR graduate student intern Cori Yonge takes us to the inaugural event where fans, both serious and novice, gathered recently to talk all things mushrooms.

A line of cars and trucks snakes beyond the park gates as volunteers work check-in. Festival organizer Alisha Millican sports a wreath made of dried mushrooms atop her red hair. It’s the first clue this isn’t your average festival.

“We got a couple different species of Russula, and we have some bird’s nest fungi here, the Nidulariaceae and some Xylaria, and some Cantharellus cinnabarinus group and some Trichaptum biforme,” said Alisha Millican. She’s president of the Alabama Mushroom Society.

The Latin names she just rattled off are mushroom varieties. Millican says you don’t have to an expert on fungi to be here--the welcome mat is out.

“Our goal with putting on this festival is primarily to educate people about mushrooms, get them interested,” said Millican. “Let them know that there’s free food in their backyard.

Fourteen year-old Kyla King from Huntsville is eager to learn. She’s wearing a mushroom t-shirt and mushroom earrings, and taking it all in.

“So far, I’ve learned about different types of mycelium and how to identify them and also how to take better pictures because I love photographing pictures as well,” said King.

Pfitzer is with Birmingham’s Magic City Mushrooms. He’s here not only to sell varieties with names like chanterelles, oyster mushrooms, and hen of the woods but says he’s also here to lecture on his favorite side hustle – mushroom cultivation.

“This is a hobby for me,” Pfitzer observed. “I have a full time job and on the weekends we produce and collect wild mushrooms.

Studying and collecting wild mushrooms are the chief reasons more than 500 people traveled from as far away as California to join the event.

Arleen Bessette is here from North Carolina. Her husband Alan is a retired college professor with a degree in mycology. That’s the study of fungi. Arleen is a life-time mushroom enthusiast. Together, they’ve published 30 books on the subject and want to share their knowledge with festival goers. For starters, they say, it helps to know the definition of a mushroom.

“There’s a distinction between macro fungi which is the mushroom fruit bodies you can see and micro fungi which are in the soil and the wood that are microscopic so when most people talk mushrooms, they’re talking about macro fungi,” said Bessette.

The macro fungi that Bessette is talking about are connected by a mass of threads called mycelia. She says think of it as a fungal version of the internet. More than two decades ago researchers contended this fungus network helps a tree communicate with the tree next door. Simply put, this idea is that trees use the fungus connections as an alarm system that bad stuff is happening. Like a forest fire or dry conditions due to drought. Alan Bassette points out fungi play another critical role, one that may be more familiar. They break down deadwood and leaves to useful soil.

“I’m really hoping people will take away a better appreciation for that and also a better understanding of how we get soil or what happens to those trees and branches and leaves that just somehow fall every year and aren’t accumulating so that they’re over our head,” said Alan.

It wouldn’t be a mushroom festival without a foray. That is, a mushroom hunt and that means walking. Guided by moonlight more than one hundred enthusiastic participants are following self-taught mycologist Alan Rockefeller up a narrow trail.

Rockefeller travels North America photographing and identifying mushrooms. He has thousands of followers on social media and is something of rock star in the fungus world for his magnificent mushroom photos. At this foray, Rockefeller is waving a UV flashlight along the edge of the path looking for mushrooms glowing in the dark.

That’s a beautiful shade of gold. I wonder what bolete fluoresces like?” Rockefeller observed.

The foray starts with walking and ends with an adult version of show and tell. The participants bring these specimens and others found during the day back to collecting tables. There volunteers are identifying dozens of mushrooms in various earth tone shades.

The mushroom society dehydrates all the mushrooms it collects and sends them for DNA sequencing. The information then goes to a national database for research, something Rockefeller says is beneficial for untangling mushroom identification.

“It ties all these collections together, which is really cool for discovering new species and figuring out the range of existing species,” he said.

Which means festival attendees are both taking home knowledge and contributing to science. It’s motivation for festival organizers, who say they’ll do it again next year. 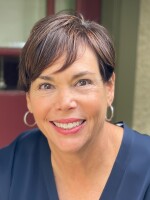 Cori Yonge
APR Graduate student intern Cori Yonge returns to journalism after spending time in the corporate world. She is currently pursuing a master’s degree in Journalism and Media Studies from The University of Alabama and is ecstatic to be back working with public radio. Cori has an interest in health, environment, and science reporting and is the winner of both an Associated Press award and Sigma Delta Chi award for healthcare related stories. The mother of two daughters, Cori spent twelve years as a Girl Scout leader. Though her daughters are grown, she still enjoys camping with friends and family – especially if that time allows her to do some gourmet outdoor cooking. Cori and her husband Lynn live in Fairhope.
See stories by Cori Yonge
News from Alabama Public Radio is a public service in association with the University of Alabama. We depend on your help to keep our programming on the air and online. Please consider supporting the news you rely on with a donation today. Every contribution, no matter the size, propels our vital coverage. Thank you.
Donate